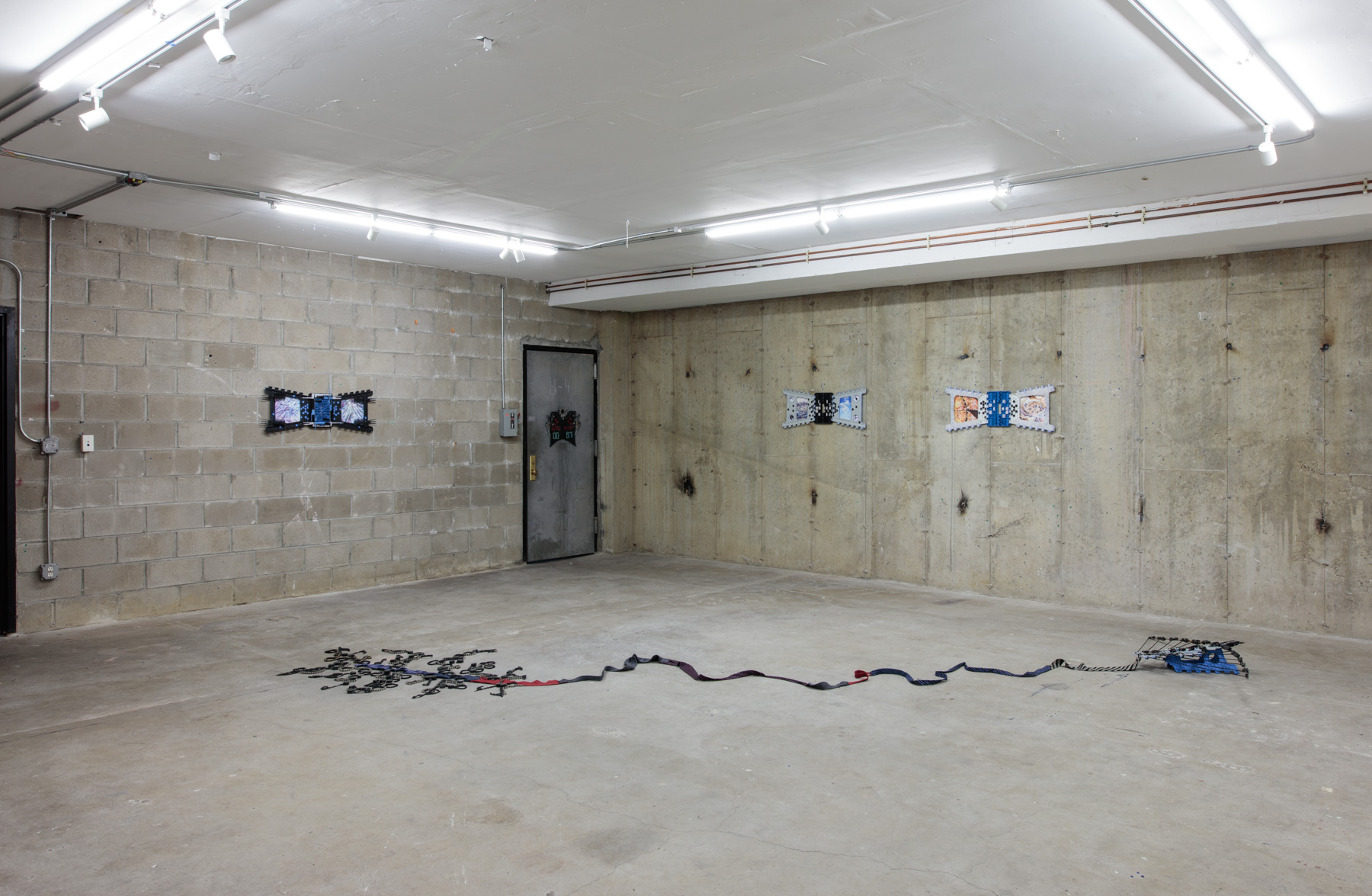 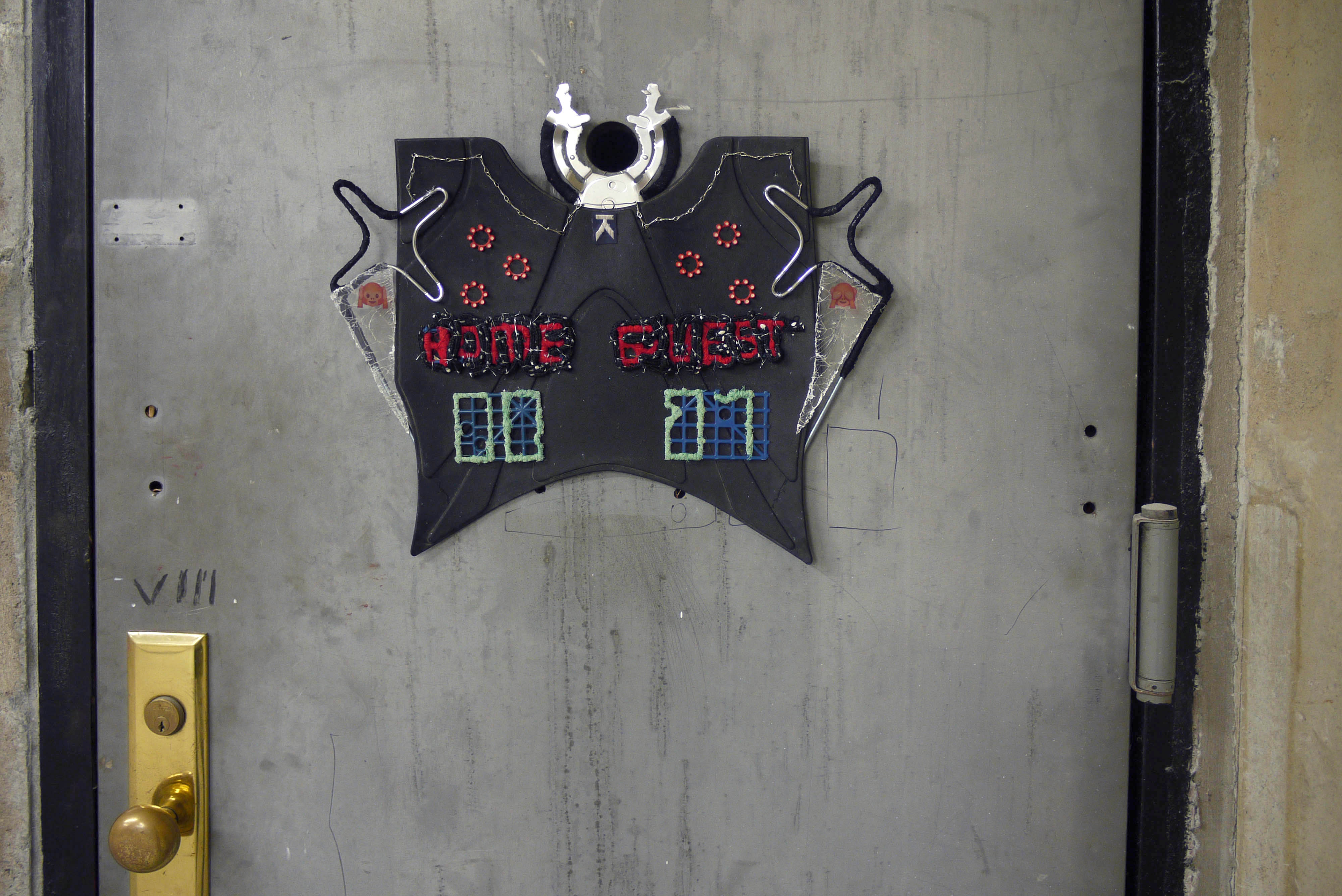 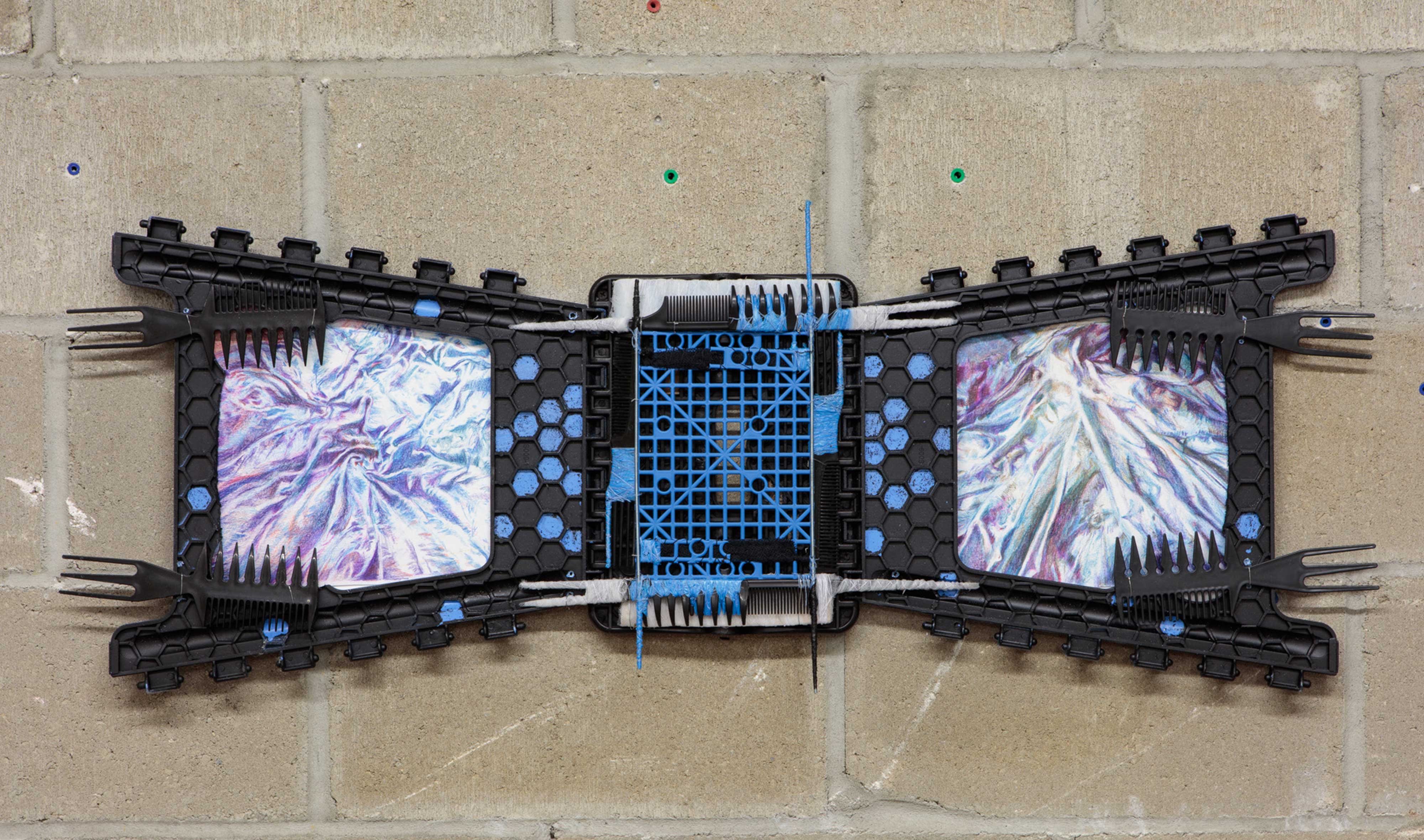 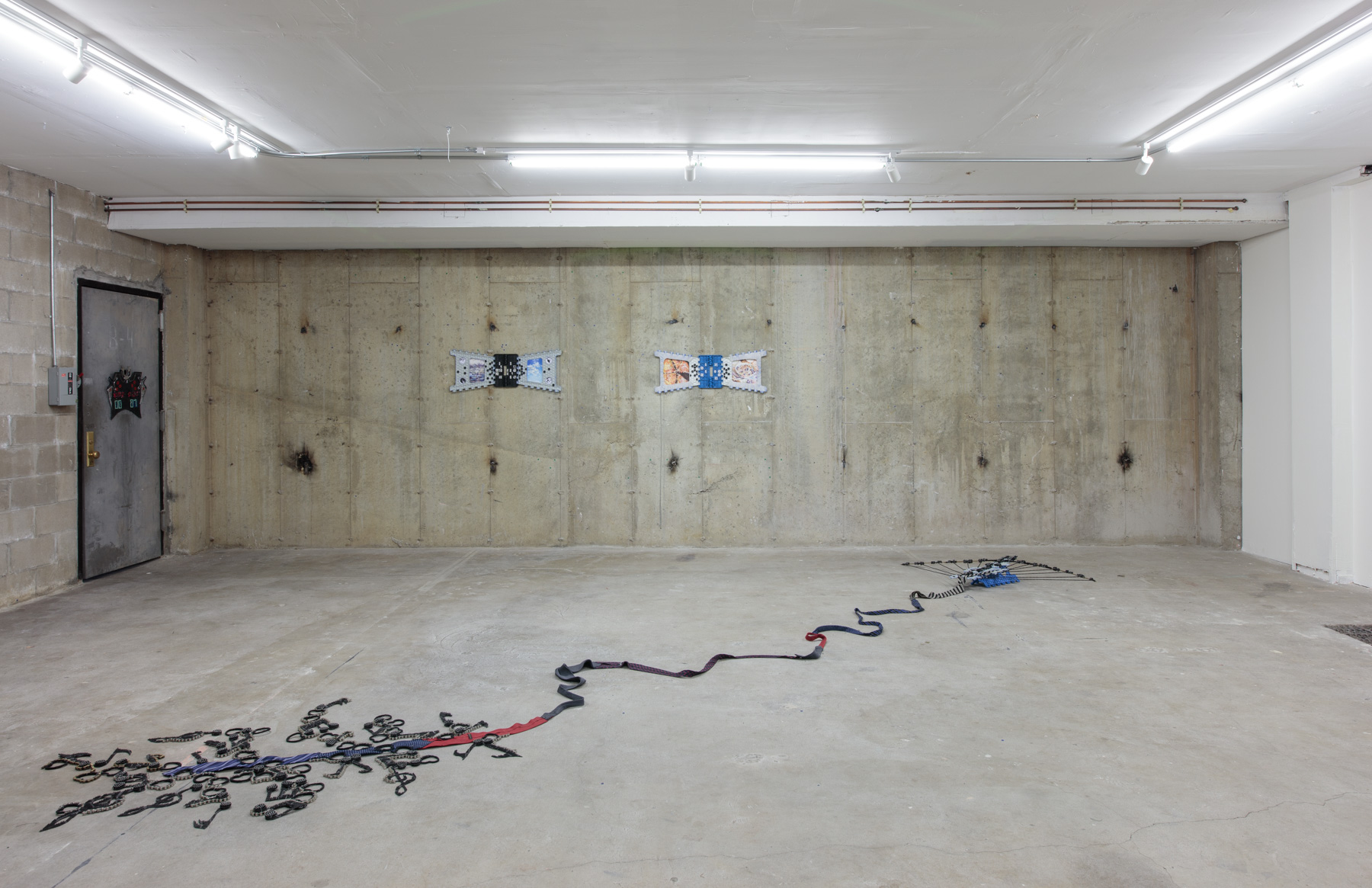 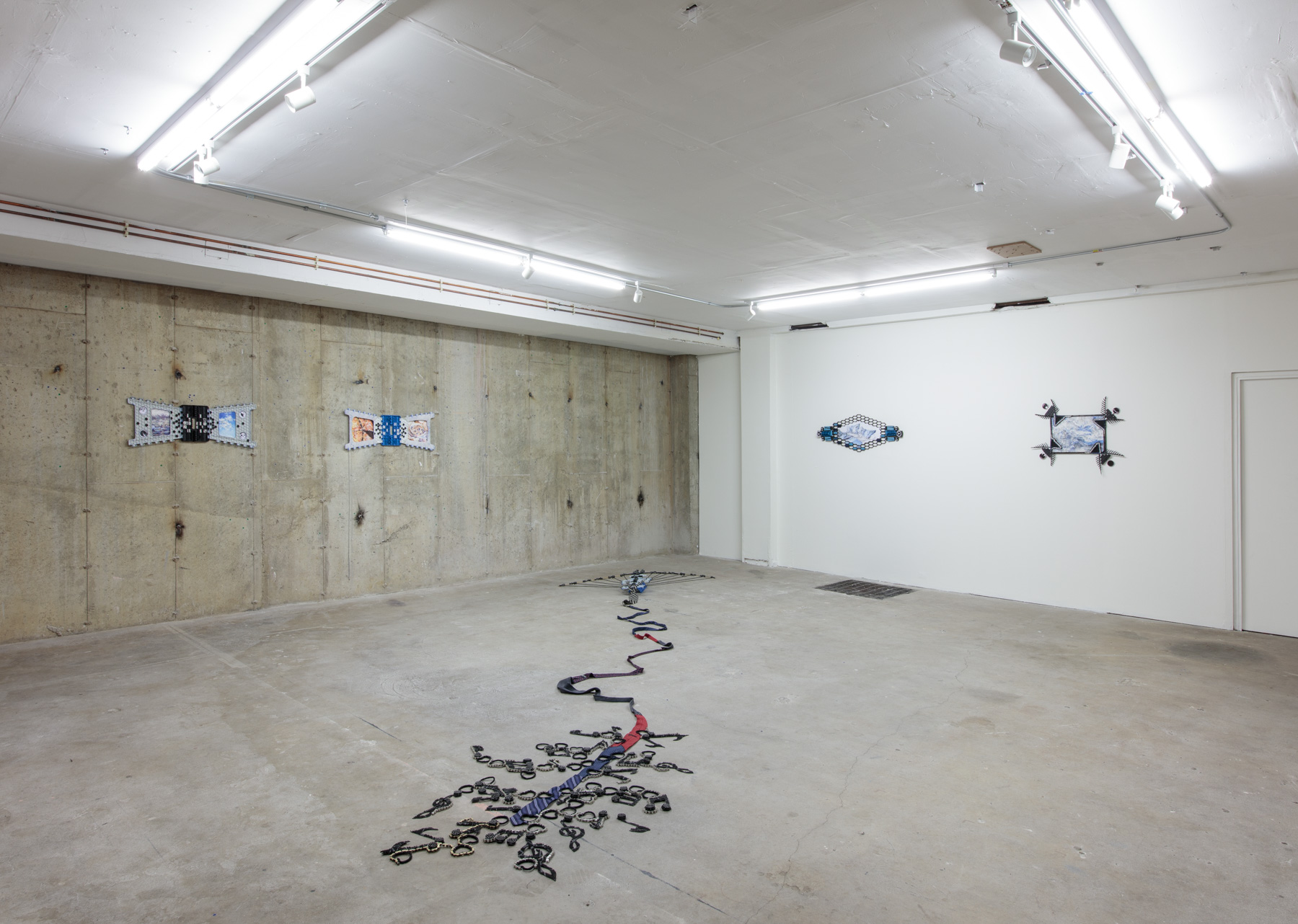 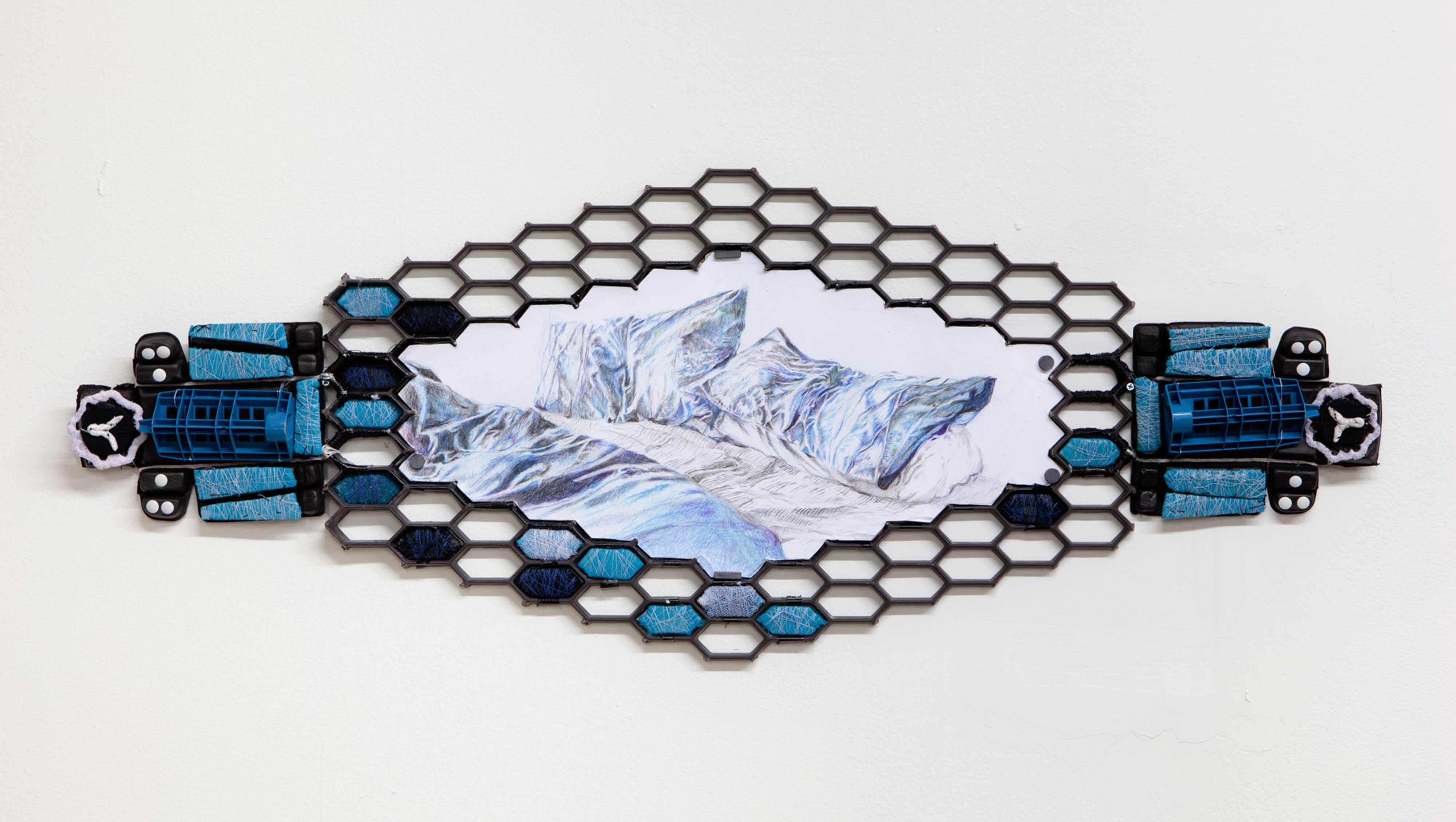 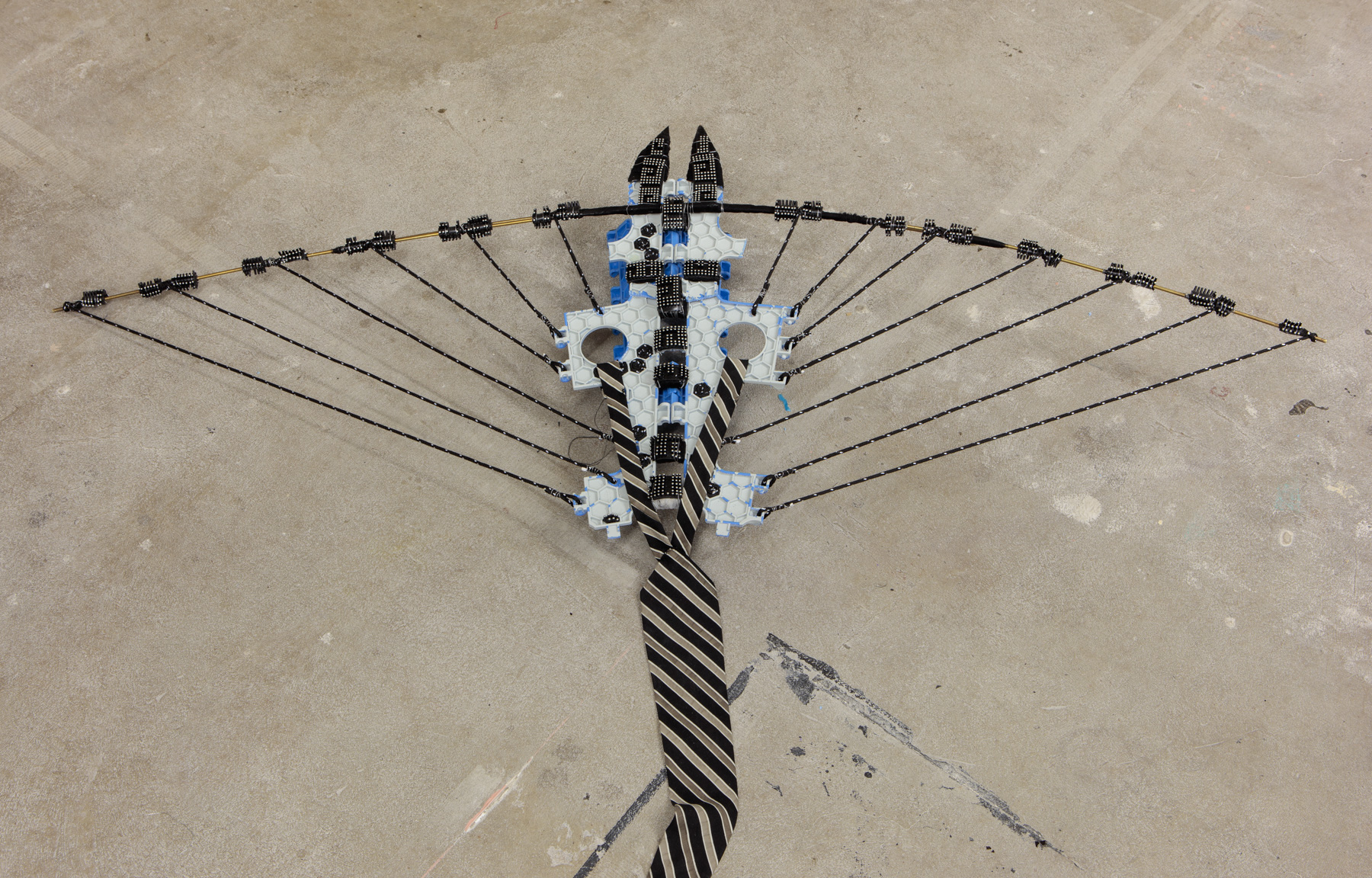 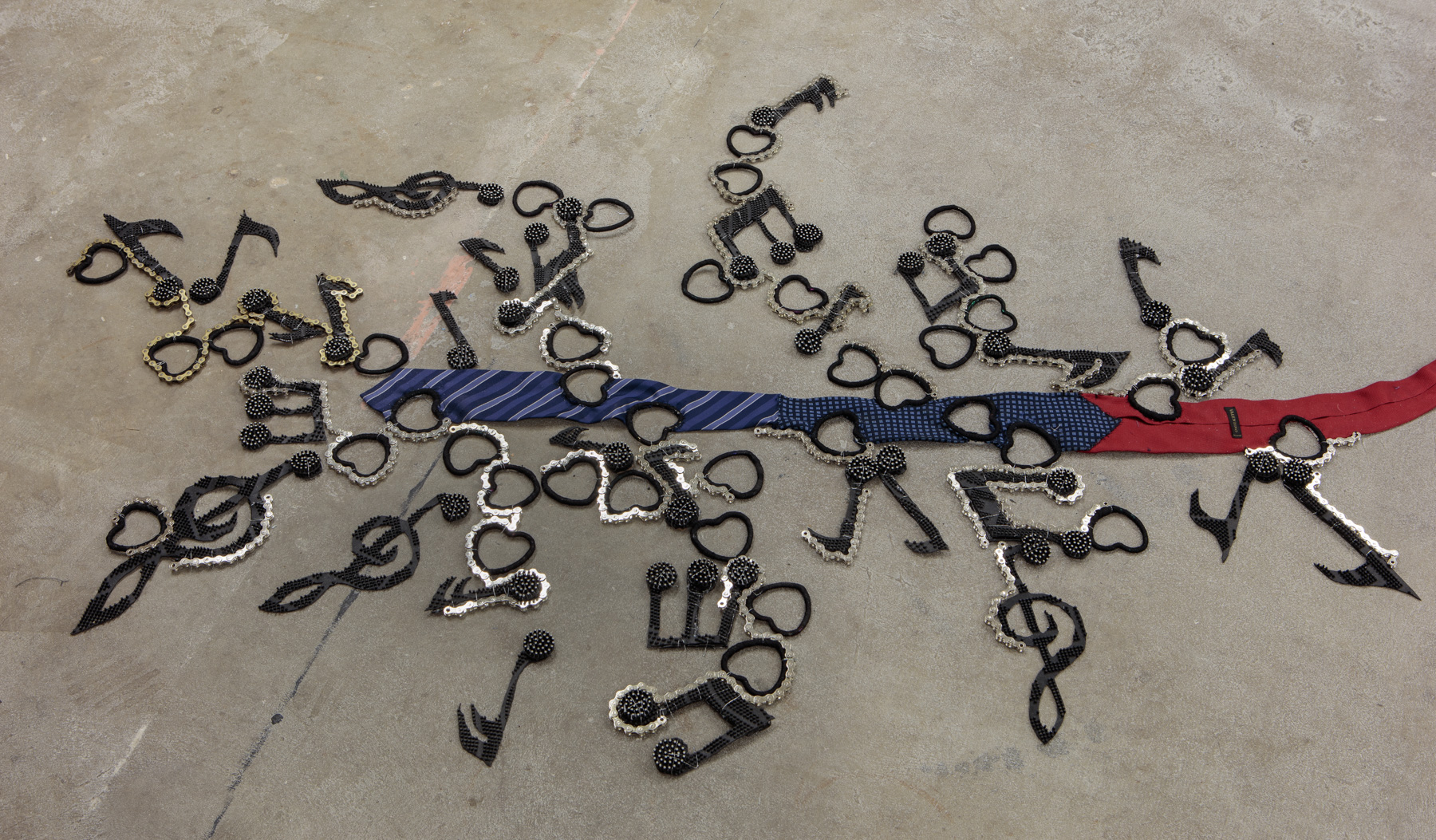 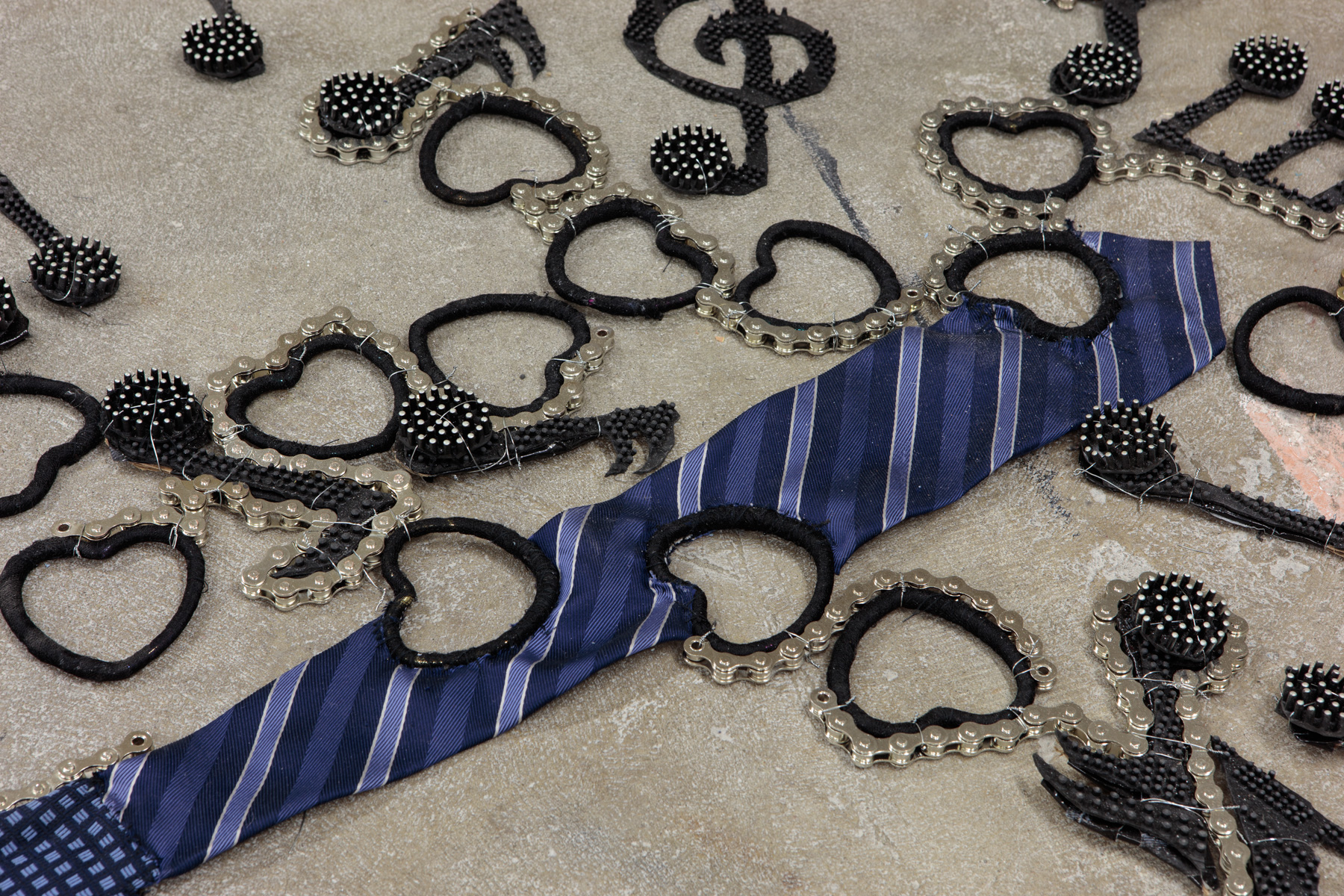 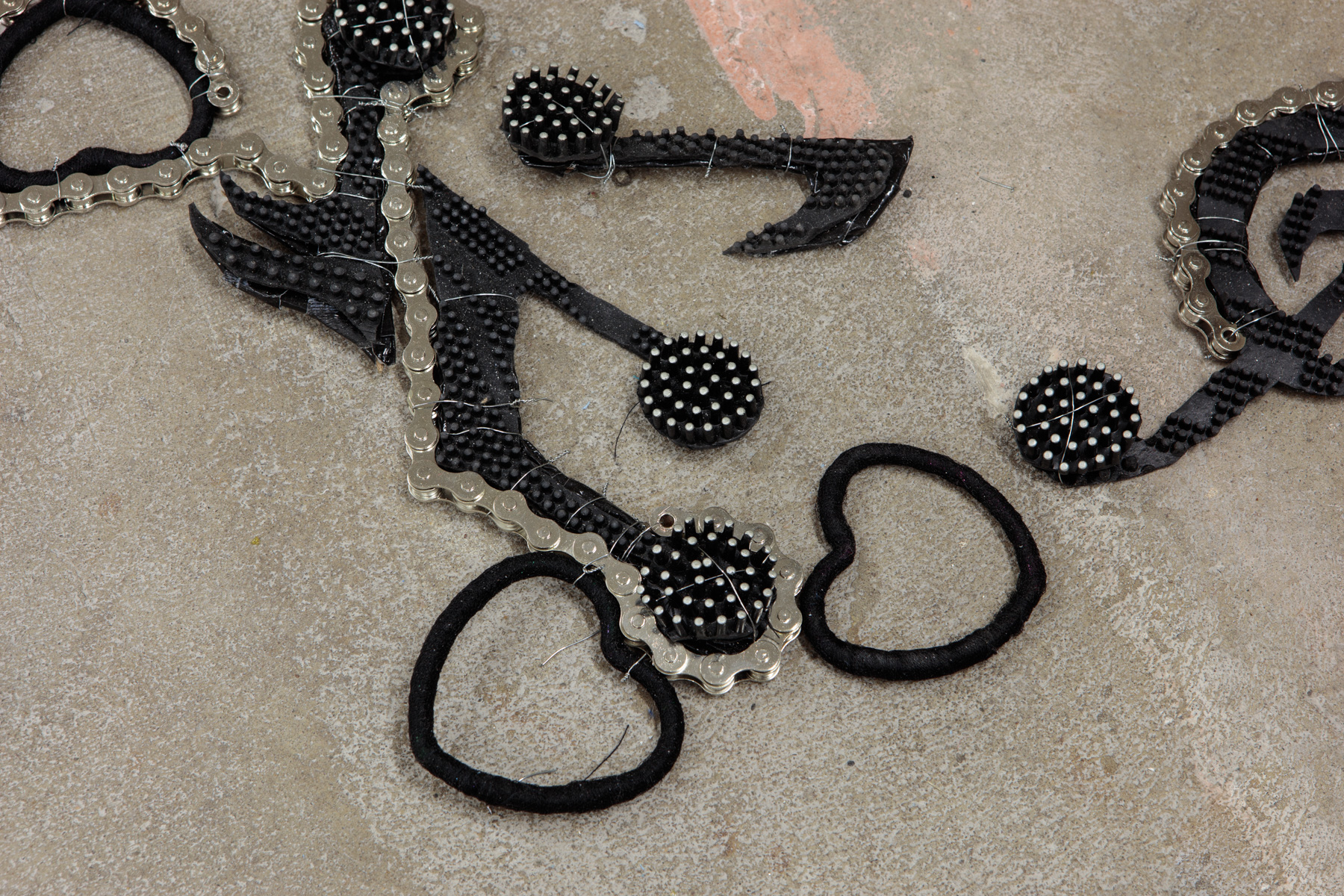 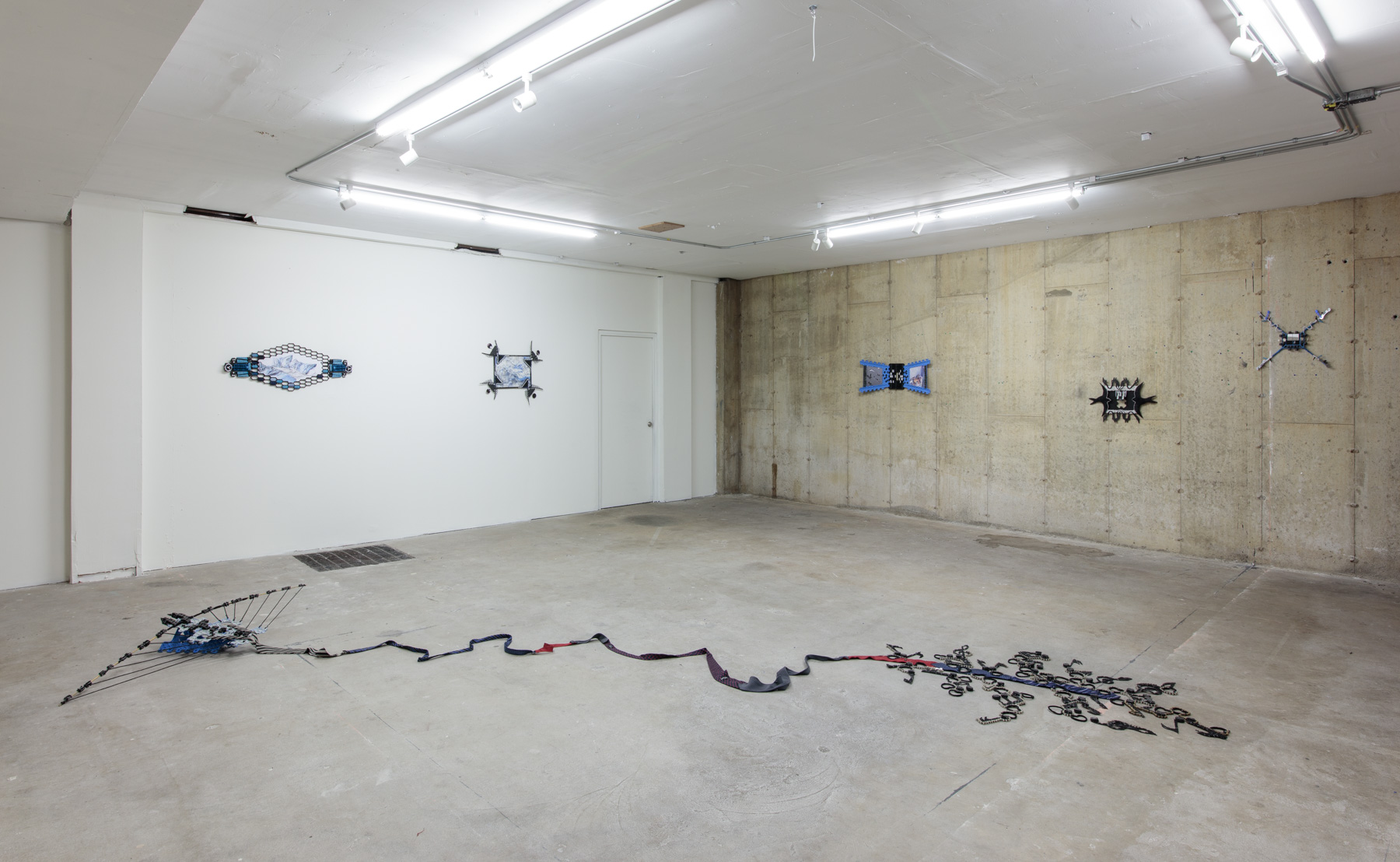 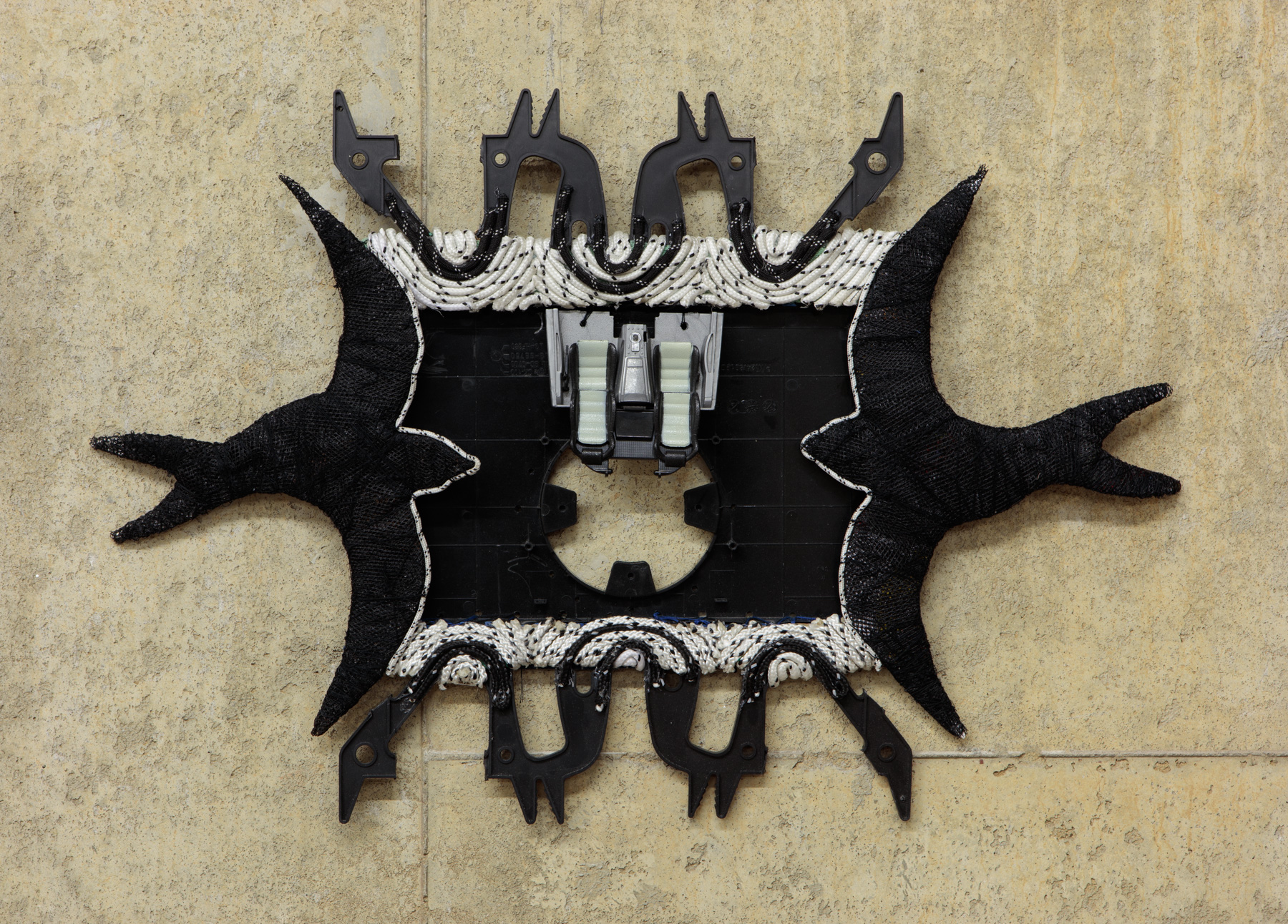 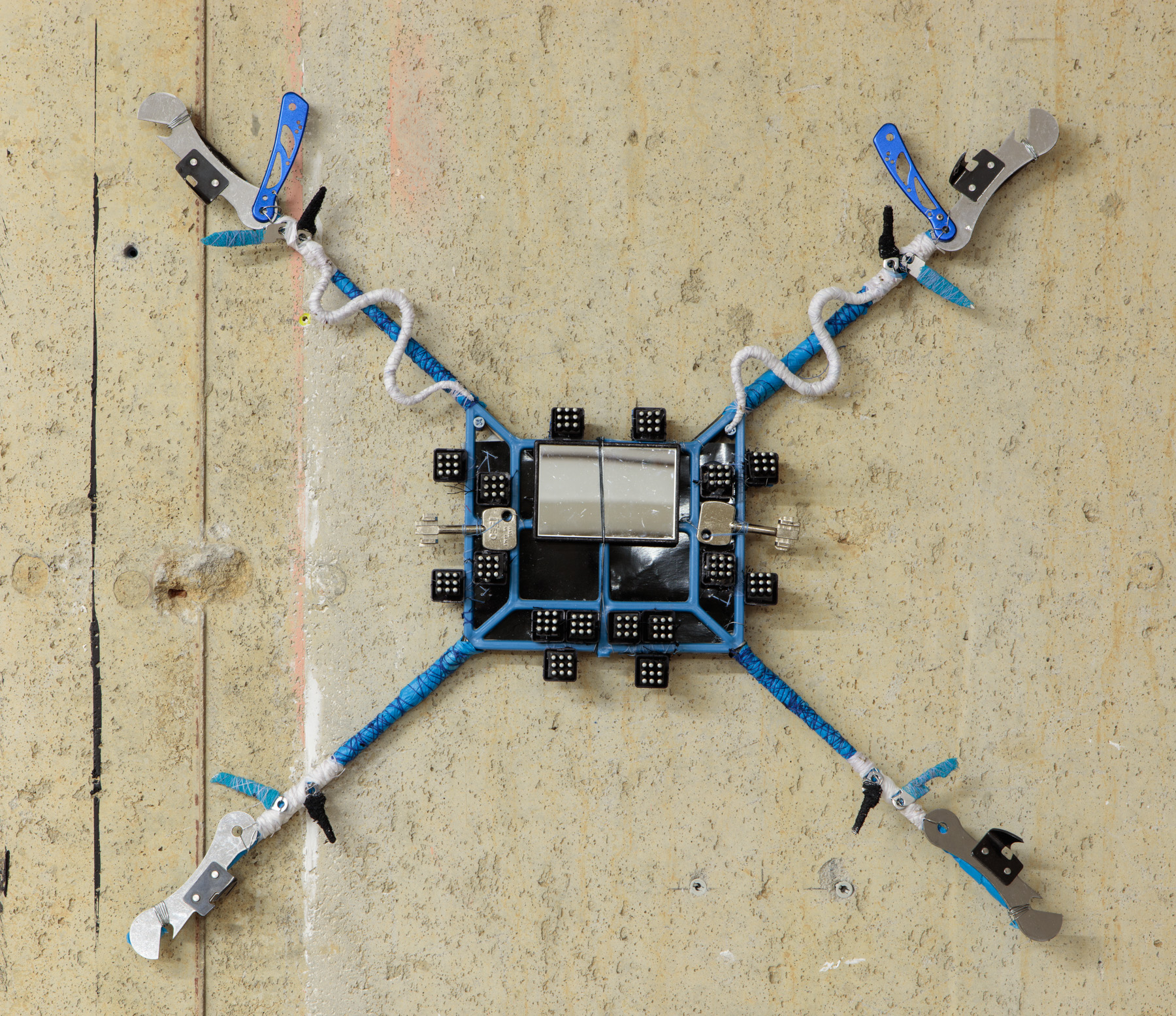 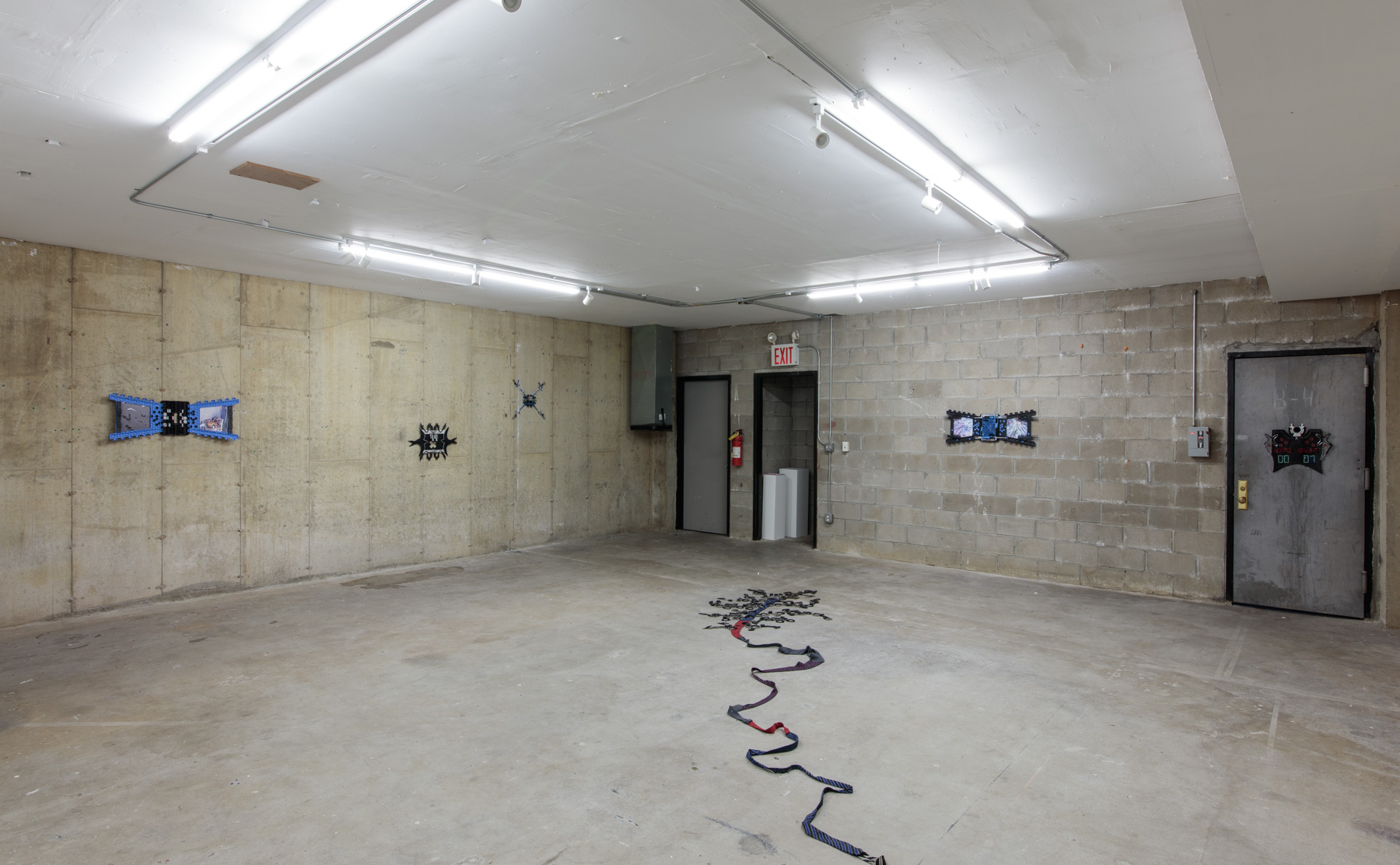 The Harpist Rover is a solo show that took place on march 24th at Interstate, New York. It consists of a big kite surrounded by a series of drawings on frames made with material found in the streets and one dollar shops. The satellites or shuttles windows, built in an a archaïc-survival fashion and colored in a primal blue hue, like materialised sky.

In these geometrical futuristic shapes are nested realist romantic onctuous drawings about the sweet hypnotic ballet of daily life, its different basic pleasures such as breakfast. The leash of the kite is a melody made of heavy arid urban material, bike chain and carpet car. The grid pattern, looking like pixels, a hive or a cage expresses in its own abstract way the isolation and irreality as felt by someone in the city, the genuine anxiety mixed with melancholic stupefaction that this place can generate.